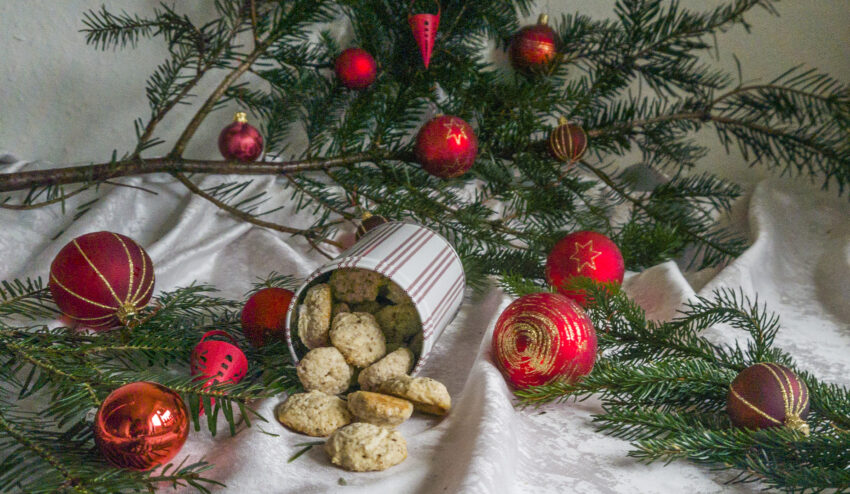 Another recipe inspired by the 100-year-old Danish recipe book I read this summer. I found this recipe for lemon nuts pretty exciting when I stumpled upon it. I imagine that your eat them during the winter / for Christmas (like “pebernødder”), but I’m not sure.

In the recipe, they used quite a lot of deer antler salt. I downgraded this in this recipe because I thought it tasted too alkaline. In addition, there are no eggs in this recipe (this has been replaced by flaxseed and water). In the original recipe, lemon oil was used, which I could not find on the shelves of grocery stores. Instead, I used lemon juice for this recipe.

The recipe from the book does not specify the oven temperature. It only read that they should be baked on low heat. So I’m guessing this equates to about 150 degrees C. 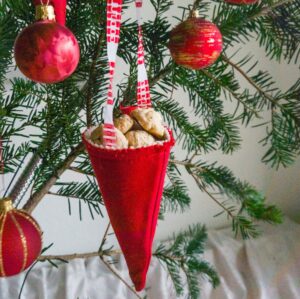